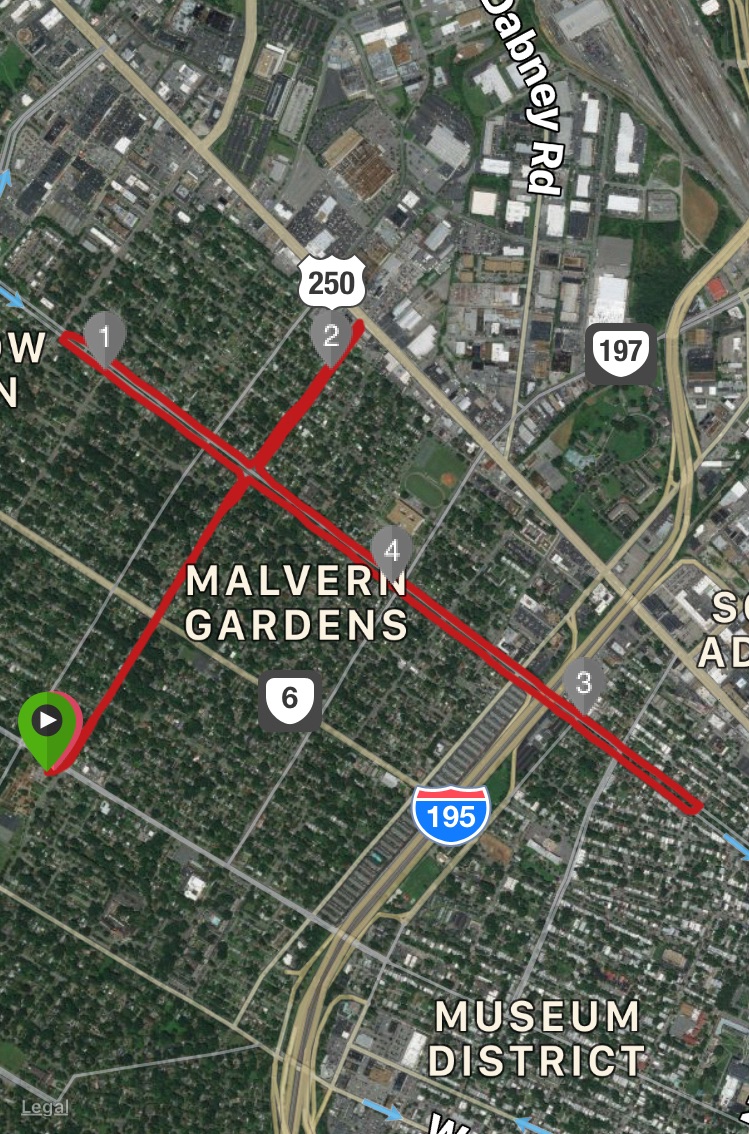 16 feet and 8 wheels gathered in the pre-dawn at RAMM for a Good Friday tribute route. After Johnny McEnroe emerged from the podcast vehicle, Hardywood and Two Ferns had a bromance hug and No Tools’ quick diversion we gathered for some fairly clear instructions. Here they were, whether they were followed or not is a different story.

Moleskin:
YHC thought of this route last year but Sippy beat me to the Good Friday Q signup. Thus, this route has been in my back pocket for a while. The directions were moderately understood until it was disclaimed we were traveling in a cross as a tribute on Good Friday. YHC believes that helped get everyone where they needed to be today.

Almost everyone missed the Cleveland turnaround. One group due to Lab Rat chatter, another purportedly due to EF Hutton chatter. Lab Rat chatter was an exhiliarating discussion of whether he can adequately do a Cleveland impression or a Grover impression. After quick debate on whether or not Grover was the muppet with the phallic nose, we realized we missed the turn and turned around. Luckily it was a great morning for everyone to do 6. Two Ferns proclaimed proudly that he found Cleveland and immediately returned. TYA relied on technology to tell him so. Either way it was a great day for a run.

Strong gears crew today with Mr Rogers completing the foresome. At least he didn’t have to convince a bunch of strangers to go out and ride today.