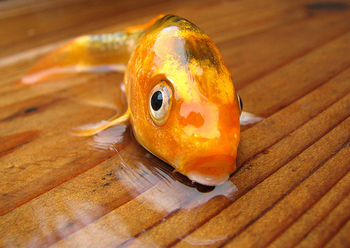 Ten warriors, sans webbed feet, huddled in the crisp fall air before embarking on today’s hoedown.  Start off with a 3/4 mile run then huddle around the shovel flag.  Resist Conspiracy’s call to number off before tackling this ground ‘n pound.

Mosey to the wall for triple check.  People’s chair, mountain climbers, and a lap around the loop.

10x ring of fire then we were complete.

Numbers, names and YHC took us out.

Moleskin
The idea for this workout started a few months ago when my daughter came home from swimming practice and told me they did a boot camp, after their normal swim practice.  She wrote it down for me and I filed it in the backlog for things to get to at an F3 workout.  Today seemed like a good day to test it out.  YHC added the run at the beginning and the triple check + ROF.  Everything else was stolen from her workout.

YHC must have a reputation for patterns and numbers as the PAX was gleefully attempting to figure out the next exercise throughout the first two rounds.  Then they gave up.  Maybe out of boredom or perhaps out of exhaustion.  Today was no joke.

For those counting, we did 155 merkins.  Apologies to Keymaster for attempting to run him off the road on Sunday.  It’s nothing against you, YHC frequently attempts to run people off the road.

Announcements
– Handshake VQ at Heartbreak tomorrow.  For those that want to run, UpChuck has Spider Run.
– 1 hour Berkley plantation workout at Mary Munford Thursday morning at 6:00
– Conspiracy has v1.0 of big data dating back to 2015.  According to his records F3RVA has a 70% abandon rate after the first post.  I think we’ve gotten better since then.