14 evergreens rose to the trumpet call this morning for a dose of culture and crushin’ it. Here’s how it went down.

This year is the celebration of the 125th Anniversary of the Pyotr Ilyich Tchaikovsky’s The Nutcracker.  If you are an avid listener of the podcast and/or happened to be at Batteau two weeks ago, then you already know that F3RVA’s very own Swirly is a grand patron of the arts — particularly the Richmond Ballet’s acclaimed annual performance of this holiday classic.

So, while the Richmond Ballet hosts their dress rehearsal this weekend, Swirly was rather disappointed to learn that he wouldn’t be able to attend to add his suggestions to the artistic director and choreographer this year. It turns out he had DOUBLE BOOKED himself by agreeing to do an Ultra Marathon with TYA. YHC saw this as his humble chance to recognize Swirly for his devotion to high culture and hopefully to put just a little more Sugar Plum Fairy dust in his step this weekend on the race course.

If the PAX gets a few beers into Swirly, he will go on and On and ON and ONNNN about the stagecraft of this scene, so there was no better place to start. The story begins in home of the Stahlbaum’s for a Christmas Party.

Mosey to the sunken lawn in front of the Carillon. Line up along the sidelines like a nutcracker army.

TTB>LBBB: Tim the Bear over, LBBB back. Plank for the six.

This is the scene where the Nutcracker becomes a human prince. YHC believes that Flipper and Saab became figurative “human princes” as YHC saw them express their empowerment to “Take Back The Night” thanks to those ballbusters. 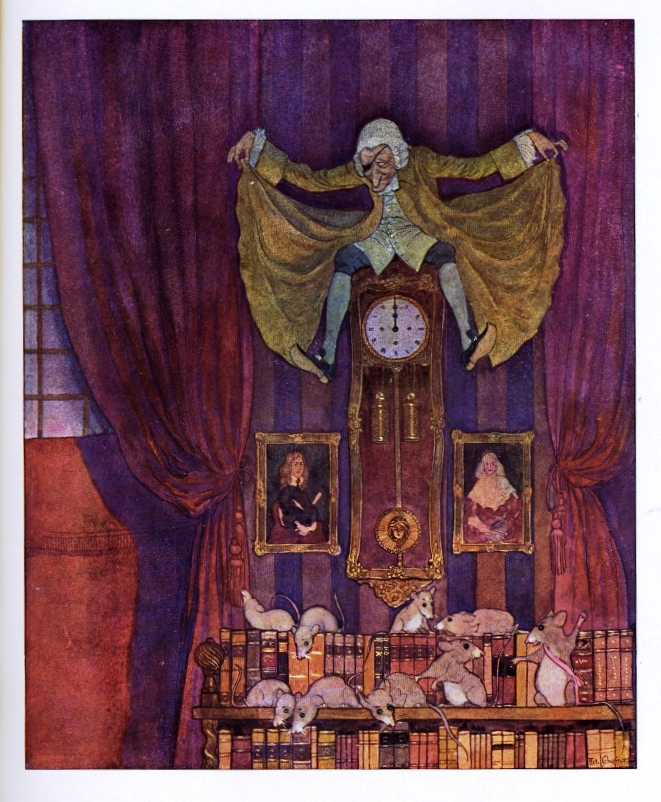 Drosselmeyer – a town councilman, toymaker and magician – is Clara’s godfather . In the ballet Clara falls asleep at midnight and while she’s falling asleep she sees him atop the clock as it strikes twelve.

Mosey to the circle near the amphitheater.

Mosey to the bottom of the amphitheater.

Escalator Up: Do one 2-Count Russian Twist (AKA American Hammer) on every step and add one as you go up to 18.
Escalator Down: Do 18 Cossack Dips (alternating single leg dips) on the way down to 1.

Since the Land of Sweets turned out to be very salty, during tonight’s performance, the Cossack Dips were replaced by alternating Lieutenant Danilovs (Lt. Dans) or in the end most everyone except Flipper and Circle K (or Swirly or Bleeder?) ran out of time.

Mosey back to the flag for a two minutes of Mary encore, dealer’s choice.

Circle K is known to come in hot, but this morning he was molten. At his speed coming up the road as the PAX ran the other way, one might think he drove all the way from South Hill earlier this morning once he bungee corded that tarp over the hospital sign to shut it down. YHC wanted to make us easier to find, since he’d be late, but there was some mumblechatter that Circle K is part bloodhound and would find us no matter where we went.

Time flies when the PAX is having fun! The workout barely let YHC run the PAX run at all. YHC had a Dora 125/250/375 and a Nutcracker Triple Check planned. Ah well. The Cossack Dips were awesome, but that was FAR TOO MANY of those. YHC will take a page from Lab Rat and apologize. The F3 Exicon needs more Nutcracker or Russian-themed exercises. YHC hopes we see more lunging ball busters and cossack dips in the future.

In all seriousness, this was YHC’s first Q since he sprained the ever loving crap out of his ankle back in August. Glad to be back in the saddle, thanks to the PAX for giving YHC 45 minutes of your day, it was an honor.