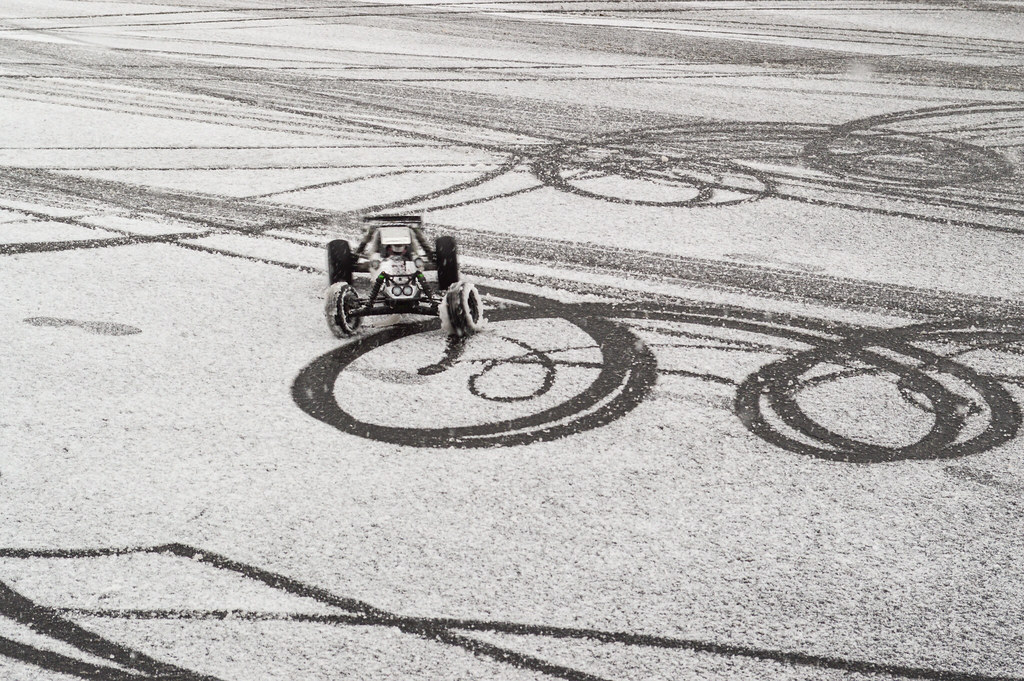 16 stumbled into #NoToll for a split Q beatdown between Fudd/Splinter.  Here’s how it went down.

Run from the parking area to the gate and back while Bleeder shoveled snow (and made a pile in front of Fudd’s car 😕).

COP in the grassy knoll

Grab shovels and mosey to the basketball courts.  Pair up: one man shovels snow and the other runs to the gate and back. Each man runs 3 times.

Line up on opposite end of basketball court for “Broad Side of a Barn”.  Line in the snow made at the top of the key.  Each person must make a snowball and attempt to hit the backboard from the top of the key.  If they hit, then half-court bear crawl followed by 10 of exercise.  If they miss then, full court bear crawl followed by 20 of exercise.  Exercises were as follows (more or less):

Bleeder does love his toys.  YHC saw a blur fly by him on Robious just prior to Huguenot Park.  This preceded a series of doughnuts in the snow towards the end of the parking area.  TClaps to TYA who did not lose his breakfast.

It was interesting to see the shoveling technique during the snow shovel/touch a gate tag-team.  Offshore and Toga went for the skinny and long.  BT and YHC opted for girth.  Others were quite crooked.  Whatever works!

The PAX was brutally bad at broadside of a barn.  Perhaps YHC should have picked the free throw line (or lower block) for the snowball toss.  Offshore couldn’t even make a snowball as he needed help from another PAX member to consummate his attempt.

Apparently Offshore’s steering column broke during the blizzard as his car now only goes forwards and backwards.

Swirly has Q at #SoT tomorrow.  Bring a shovel just in case you need it.  Wilson suggested to bring a crib mattress for some reason?

Respect coming for one of our PAX next Tuesday.  BT not giving up his Q so it must be epic.

Best to DK and his recovery.  Hopefully it runs as quick as it did through BT.