Mosey back to Goose’s flag. Numberama. Name-a-rama. EF Hutton took us out.

This morning, of one of the worst fears of life as an F3 Q actually happened to YHC. There is nothing SO BLINDLY TERRIFYING as knowing one has a Q and then missing one’s alarm, waking up and doing the math & realizing that outside of bending the time-space continuum, there is no chance one will make it on time.

And one needs to get dressed.
And one needs a water bottle, filled with water preferably.
And one notices it is pouring so “don’t forget to bring a towel!”
And WHERE THE F ARE MY KEYS?!?!?!?!

As YHC drove at a breakneck pace up Chippenham/Parham (contrary to popular myth, Henrico County doesn’t wall off the West End Fancyboys from SOJers after dark) he felt like Matthew McConaughey in Interstellar — trapped in a fourth dimension just beyond the communication of anyone . Text after text with no response.

Once YHC finally arrived on the scene. The PAX was gracious to yield the Q back to YHC. For as terrible as YHC felt about his late arrival, the PAX jumped right in behind. Gotta love this group!

In a move that might have strained YHC’s already tenuous endearment to the PAX, after repeatedly jumping over a looong deeeep puddle right at the base of the terrace of the soccer field during Dora, the PAX lined up along the soccer field sloptrough for a quick trip or two through the Tunnel of Love.

While YHC is prone to tall tales, YHC is not exaggerating in that the water was: 1) at least six inches deep, 2) probably full of goose crap and fertilizer run off, and 3) COLD.  YHC normally comes home with a goodly sum of grass clippings carried in his trousers, but today was a whole other level of muddy grossness.  Hope everyone enjoyed it as much as YHC. 😉

Thanks to the PAX for letting us SOJers take over this week!

Thanks to Flipper for humbly suggesting that 300 Lt. Dans wasn’t such a good idea.

Thanks to Pucker for pinch hitting. YHC has dubbed thee an honorary SOJ Redneck of the Roundtable. Find your nearest Walmart or Cabelas to pick out your first Realtree camo shirt free of charge. Tell store security Viral sent you! 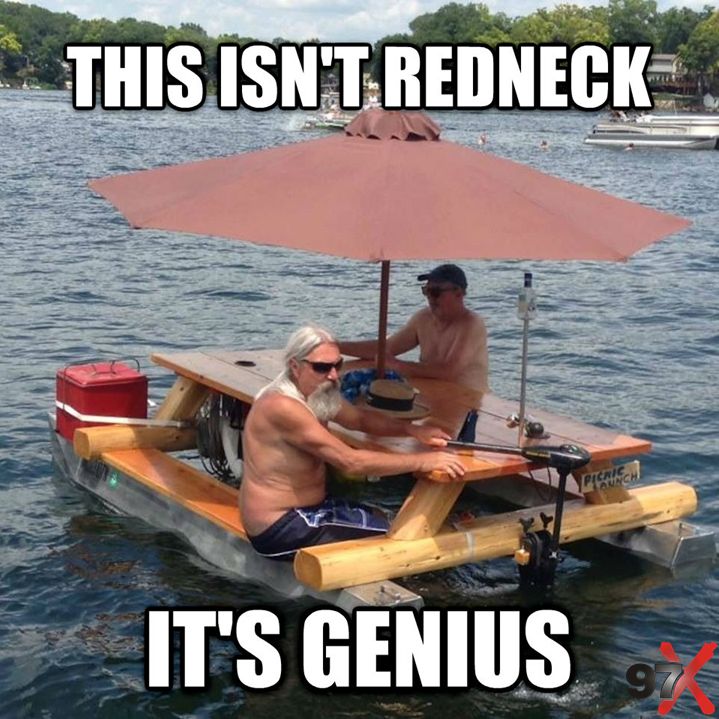