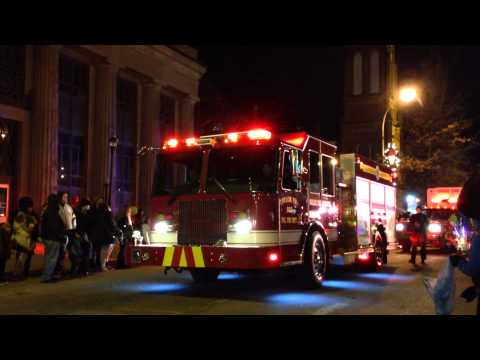 19 Faithful and 1 FNG posted to Dogpile on a slightly chilly “Sunny and 70” Saturday morning.

Mosey to the Bottom of the Hill
Pair up for Polar Bear Crawl up the Hill, 5x Merkins every 5 steps, partner runs to the Circle.

Hand off to
Bleeder’s Q.

Mosey to the Carillon.
Polar up the Steps, 5x Merkins every 5 steps, up the top around the back of the tower, 20x WW II setups.

20x Merkin On your own

Hand off to
Circle K’s Q

Mosey to VITA track
15X LBC’s every other Equipment stop on Track.

Back to the Flag
COT
Circle K Took us out

Last night, HoneyDo made the sudden realization that Qing with the possibility of dealing with Kidney Stones may have been slightly more than he was willing to take on for a cool crisp Saturday Morning, Swirly and Bleeder stepped up for a little Hot Potato Q. HoneyDo hope you feel better soon!

As Swirly hit the First COP, Fire Engines Lights and Sirens were seen and heard coming around the corner. Hardywood thought the F3 workout was going to make a serious change as we all looked for a burning building in the adjacent neighborhood; but it appeared to be a false alarm: however, no one informed the Driver of Mini Van coming up the hill at HROS(high rate of speed), THE PAX ,standing directly in the middle of the road, went into evasive manuevers. THE PAX was preparing for the First Polar Bear Experience of the Day. The Fine folks at the Richmond Fire Dept would have been proud of Swirly, with out missing a beat, Swirly quickly added to his directions of the Polar Bear intervals, If you hear that sound “STOP, DROP & ROLL!” Being the Q means, adapting to the situation, THE PAX is relying on the Q to make clearly executed commands. Way to make it happen Swirly!

As Bleeder took the Q, continuing to Bear Crawl came as little surprise to many PAX members. Flipper stayed bear crawl step for bear Crawl step with Bleeder. Way to Push it Flip!

The Modified Beast gave THE PAX an opportunity to keep up with the Merkin Challenge this month, Grand total of 340 merkins during the workout, if you were Keeping track. Lost and Found commented to Swirly that coming back in November may not have been the best idea. Wilson prematurely jumped on the Beast(a common problem with age) Wilson was able to maintain going early throughout the multiple intervals of the Beast.

With a brief Preamble about what it means to be the Q, Bleeder handed off to Circle K to take the lead. Circle K did not disappoint. Moseying to the VITA Track for some running and core work.

Welcome to Mulder! Hardywood’s introduction, which seemed to go on so long, SAAB finished another 100 mile race, Swirly completed all of his Merkins for the entire Month, and Bleeder re-injured his knee, had surgery and completed Rehab before Hardywood finished his suggested names for the FNG, none of which seem to garner any enthusiasm from the PAX. Note to self, Add Lamborghini and Vanilla Ice CD to Hardywood’s Christmas list.

Wilson, Hardywood, Swirly, Flipper and Bleeder were joined by TYA for a fine breakfast, “Best deal on Bacon in town” With the discussion about Merkins,LugNut’s ankle virus Pine Cone battle, and the progress on Wilson’s new house made the morning that much more entertaining.

F3 Hampton Roads Expansion next 6 Saturdays – Tell someone you know in VA Beach to join the PAX.
Jan 21 – 3-4 Hour Workout – Running to Multiple AO’s and working out at each